Unless you’re a health expert you might not know much about the mineral content of the foods you eat or the effects of a trace minerals deficiency. After all, if you were to ask a server how much copper you would be getting from a meal, you would get a bewildered stare. Just because trace minerals are only needed in small quantities, doesn’t mean they aren’t critical for health. Here we have compiled 9 facts to know.

Trace minerals are essential nutrients just like the macro minerals (think: calcium and magnesium), and the body cannot produce them by itself. They have to come from food or drink, ideally water. Being essential also means that a trace mineral deficiency will cause health problems. On the flip side, if we correct the deficiency, health problems can often be reversed.

Here is some bad news, even if you think you are eating well: food cannot contain minerals that have been depleted from the soil. While healthy eating is a good start, the problem is that our soils have become depleted through modern farming practices that focus on production rather than nutrition. We have all heard that we get what we pay for. Farmers get paid on kilos and bushels they produce but not on how mineral-rich their vegetables are. NPK fertilizer is the most common fertilizer but it replaces only three basic minerals: nitrogen, phosphorus, and potassium. These macro minerals dramatically increase harvest yields but the world has seen a steady and dramatic decrease in the nutritional value of the foods we eat over the last 40 years.

Processing, such as peeling, extracting, heat-treating, and early harvest for storage and transportation, further diminishes the nutrients in foods. You cannot go into a grocery store and see how much chromium there is in the broccoli or the iron content in a bunch of spinach. (See sources below.)

3. The earth’s water cycle washes minerals from the soil. 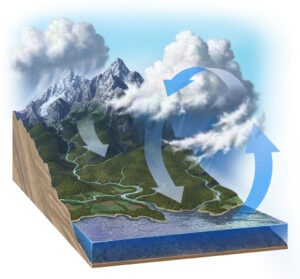 4. Good news: Trace minerals end up in the seas. 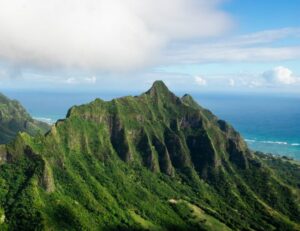 Now it’s time for some good news: As the soil is depleted, the seas become enriched. As water evaporates from the seas, it evaporates as pure water and leaves the minerals behind. One amazing repository of minerals is the Great Salt Lake, in Utah. The Great Salt Lake receives water and minerals from the Uinta, Wasatch, Sawtooth mountains, the entire Great Basin area, and has no outlet. As the water evaporates, it leaves the minerals behind. This inland sea is between six to ten times more concentrated than seawater.

The Earth’s major fluids and the body’s major fluids are very similar in mineral balance. Dr. Forrest Nielson with the USDA explained that the more likely one was to find a mineral in seawater, the more likely that the mineral would be safe and essential for human health. Life has always been closely associated with the seas. Water only flows downhill and carries with it vital nutrients. Although the world’s soils have become depleted, the seas are a nearly perfect source of minerals and trace minerals. Worried about trace mineral deficiency?

The oceans and the Great Salt Lake have been called a smorgasbord for minerals trace minerals.