Magnesium for asthma and lung health

If you are concerned about your respiratory health, read about compelling research related to magnesium and asthma and lungs. There are many studies showing that the respiratory system depends on sufficient quantities of this essential mineral.

Effects of Pollution on Lung Health

Pollution is becoming more of a problem throughout the world. As the air worsens, we are seeing an increasing number of ill effects on the lungs. Poor air quality causes oxidative stress and can lead to the development of infections, lung cancer, and chronic lung diseases such as asthma, emphysema, and chronic obstructive pulmonary disease (COPD). [1,2] While governments may be working to reduce pollution levels, it is still necessary for individuals to take the necessary precautions in order to protect their health.

Air pollution directly influences respiratory infections and lung cancer. [3] Urban air pollution is estimated to contribute to 1.3 million deaths worldwide per year. [3] The World Health Organization (WHO) recommends in its Air Quality Guidelines that populations target reducing particulate matter pollution from 70 to 20 micrograms per cubic metre. By doing so, the WHO estimates a reduction in air quality-related deaths by 15 percent. [3] A recent study found that in China, where total suspended particulates can often be over 500 micrograms per cubic meter, that life expectancy was 5.5 years lower. This can mostly be attributed to the increases in cardiorespiratory deaths. [4] Sixteen of the planet’s 20-most-polluted cities are located in China, according to the World Bank. [5]

Magnesium is Well-documented for Asthma and Lung Health

Magnesium, an essential mineral, is well documented to facilitate a host of different physiologic and biochemical processes that block lung pollution and influence lung function. [6] Magnesium is important in order to maintain DNA integrity. Magnesium stabilizes the DNA structure by binding the DNA’s negative charge to the DNA and therefore reducing the density. In addition, magnesium is also involved with DNA repair. [7] Many studies have reported that magnesium may help to protect the body against oxidative stress and systematic inflammation in the body. [8] Furthermore, there is a strong link between minerals and immune function, which may also contribute to asthma. [9] Magnesium is also a cofactor in enzyme activation reactions that require adenine triphospate (ATP). [2] Since ATP is the form of energy used by all of our cells in the body, all lung function requires ATP in order to function properly.

Magnesium may also function as an antagonist of calcium’s entry into the lung cells. That is, magnesium regulates the amount of calcium in our blood. In recent years, calcium intakes have increased due to diet and supplementation. Simultaneously, magnesium levels in the general population have declined. This has lead to a calcium/magnesium ratio imbalance. If there is too much calcium in our blood, this may cause muscle contractions or cramps, since magnesium is critical for the electrical conduction across cell membranes. [9]

Related article: How to Get Rid of a Charley Horse – 4 Simple Fixes

As a result, if there is adequate magnesium in the diet, it may help to regulate bronchial activity by keeping the smooth muscles relaxed. This helps to explain why reduced intakes of magnesium are associated with decreased lung function and health. [9,10] Magnesium also calms the nervous system. If you are magnesium deficient, your body will have a hard time switching from the sympathetic (flight or fight) state to the parasympathetic (rest and recover) state. [11] This is why increasing magnesium relaxes the smooth muscles in the lungs and reduces hyperexcitability [9]. Next, magnesium also acts as a bronchodilator of smooth muscles in the airway, which helps to increase airflow to the lungs [2] .

Magnesium is critical for lung health in several ways. Studies have found that low intakes of magnesium in the diet are associated with lower lung function as shown through airway flow rates, airway hyper-reactivity, and increased risk of wheezing. [13] Thus, it is important that the body receives adequate levels of magnesium and asthma and lung health.

In addition, magnesium has also been shown to inhibit cholinergic neuromuscular transmission, stabilize mast cells and t lymphocytes and stimulate the generation of nitric oxide and prostacyclin. Undoubtedly, low magnesium in the diet may be a serious risk factor for lung diseases [2] .

Moreover, magnesium may also depress the central nervous system and cause a calming effect on the lung tissue itself (antihistamine effect on the mast cells) [12] . Indeed, when there is too much calcium in the system, calcium actually blocks the magnesium from being available in the lungs. This leads the mast cells of the lung to secrete more chemical mediators such as histamine and acetylcholine, which leads to the contraction of the smooth muscles in the respiratory system [6].

Related article: Magnesium Deficiency – Needs for Magnesium not Met in Most People

Asthma is characterized by smooth-muscle spasms in the lung and edema or swelling, inflammation, and over-secretion of mucous into the airways. According to the China Journal of Pediatrics, asthma rates among children rose 64 percent to a prevalence of 1.97% between 1990 and 2000, with some cities having as high as 4.63 percent of their children under 14 with asthma. Many specialists have estimated that there has been a 40% increase of asthma even within the last five years in China [5].

Moreover, low magnesium intake levels may play a role in the development of asthma with many studies finding that magnesium may even protect against the development of asthma and chronic airway obstruction. [14,15] For instance, those who had higher magnesium in their diets had better forced expiratory volume and were less likely to report wheezing in the past 12 months. (16) In one study done with 2,566 children in southern California, it was found that low magnesium intakes were associated with lower lung function, with some children functioning as low as 25 percent below normal lung capacities. (9) Simultaneously, a magnesium deficiency may affect the activity of our white blood cells called neutrophils and this may actually make asthma attacks worse than they otherwise would be. In another study, when measuring asthma patients, it was found that they had lower magnesium levels than their healthy cohorts. [17]

Magnesium is a Mild Bronchodilator

The Correlation between Lung Cancer and Magnesium

It has also been shown that low intakes of magnesium in the diet lead to systematic inflammation and that these conditions are associated with increased lung cancer risk [18]. In a study measuring newly diagnosed lung cancer patients against healthy controls, there was an inverse association between the dietary intake of magnesium and the risk of lung cancer. Thus, increasing magnesium decreased lung cancer risk by between 17 and 53 percent. In addition, it was believed by the authors of this study that magnesium was able to achieve this effect because it helped maintain genetic stability, regulated cell proliferation was a protector against inflammation, maintained healthy lung function and helped to protect against oxidative stress. [19]

How Much Magnesium to Take?

According to the World Health Organization, it is recommended that magnesium be taken in the amounts indicated in the following chart: [20]

If you enjoyed this, check out the related article by author Marysa Cardwell: Understanding Micronutrients

About the Author: Marysa Cardwell

Marysa Cardwell is a Registered Dietitian Nutritionist, who works with clients and organizations on a variety of nutrition topics including eating disorders, intuitive eating, weight management, diabetes, food allergies, healthy eating, meal planning, and other nutrition topics. She LOVES being an “Eating Coach” (or eating cheerleader) at her business: https://allofnutrition.com/ 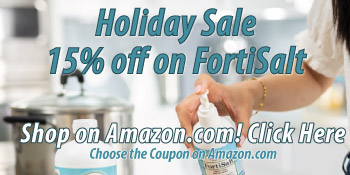 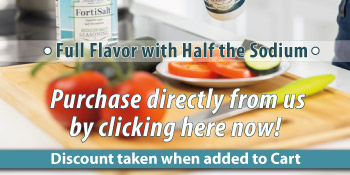